This wiki article was written by Rama.

In this wiki I share with you the core code that you need to implement for a variety of delegates in UE4!

A delegate is basically an event that you can define and call and respond to.

Every time the event is fired off, anyone who is listening for this event will receive it and be able to take appropriate action.

In the case of multicast delegates, any number of entities within your code base can respond to the same event and receive the inputs and use them.

In the case of dynamic delegates, the delegate can be saved/loaded within a Blueprint graph (they're called Events/Event Dispatcher in BP).

For my example I will be using exclusively DYNAMIC_MULTICAST which is the type that is most useful in Blueprints :)

You create the signature of the delegate, which declares what inputs any receiving functions should specify.

Notice the macro declares that I will be adding 6 parameters, there are similar macros for other quantities of parameters :)

You call the delegate within the class structure where it was defined, making sure to only execute it if it is currently bound, meaning at least 1 entity is listening for this delegate / event.

Comment from Darkgaze: As the official Multicast docs say:

(...)It is always safe to call Broadcast() on a multi-cast delegate, even if nothing is bound. The only time you need to be careful is if you are using a delegate to initialize output variables, which is generally very bad to do.(...)

So calling InBound() is not necessary. Only in Single-cast delegates.

Responding to the Delegate

Anywhere you want, you can declare functions which receive the parameters by type and name specified in the delegate signature.

See below to learn how to bind the delegate instance to this function or any number of functions that are present in class instances anywhere in your code base!

Please note that functions that are responding to delegate broadcasts should be UFUNCTION()!

If your delegate Broadcast stalls the game for a bit and then doesnt work, it's because you did not make one of your receiving functions a UFUNCTION()

Binding To The Delegate

Binding to non-dynamic requires this syntax:

Binding a UObject to a non-dynamic, non-multicast delegate requires you to use the following syntax.

You need to access the delegate where it is stored, in my case this is the RamaMeleeWeaponComponent

The idea is you are telling the delegate instance that it is getting a new binding, to this SomeClass insance, which is why you include the this pointer.

So this code appears where you want to add the binding to the event/delegate, but it must refer to the one signature instance present in the original class instance.

There's nothing abstract here, everything is instances, so you must bind your object instance to the delegate signature instance that is part of the instance of the class that is going to fire off the broadcasting.

This is why I have a pointer to RamaMeleeWeaponComp->RamaMeleeWeapon_OnHit, and I am also including the this pointer so that the signature knows about the calling object instance.

The reason it is a this pointer is because the code above is run in the object that wants to bind to the delegate, so this is a self-referencing pointer to the UObject we are binding to the delegate.

Slate delegates use this syntax:

Please note that when you bind to the delegate this is a per-instance process! That is why you need to include the this pointer, because whichever instance you are calling the code in, it is that particular instance whose function will get called when the delegate is broadcasted.

This means you can choose to have only certain instances of a uobject respond to a delegate, or choose to bind or unbind at any time!

A BP friendly delegate requires this additional .h code to expose the delegate to Blueprints.

BP-friendly Delegates should be DYNAMIC_MULTICAST so they can be serialized (saved/loaded) with the BP graph.

When you've made BP-friendly delegates on objects that you can place in the level, you can simply right click on the object instance in your level -> Add Event and see your new delegate! So nice!

This is an additional benefit of using DYNAMIC_MULTICAST delegates! Multi-cast implies binding multiple of various object instances to the delegate and then firing off the event to everyone from a single .Broadcast, which can include your Level Blueprint as a recipient/listener!

Here is a video on how a C++ delegate created in an actor component in C++ looks and is called in Blueprints!

There are other delegate types besides DYNAMIC_MULTICAST that are not quite as versatile when it comes to Blueprints.

Check out the source code of Delegate.h:Runtime/Core/Public/Delegates/Delegate.h

For a detailed explanation!

Sample from this file:

Enjoy using delegates in UE4 so that any part of your code base can respond to an event triggered by one section of your code!

Also enjoy exposing delegates via C++ for the rest of your team to use in Blueprints!

Previous
Enums For Both C++ and BP
Next
Interfaces in C++ 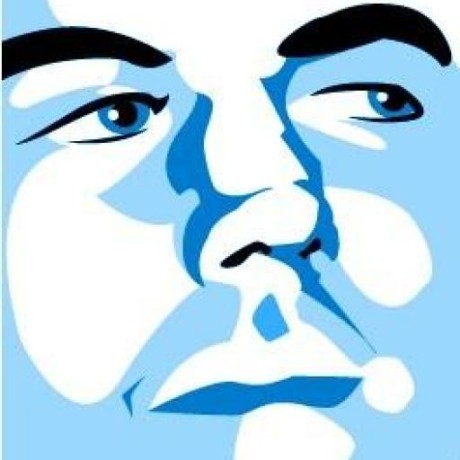